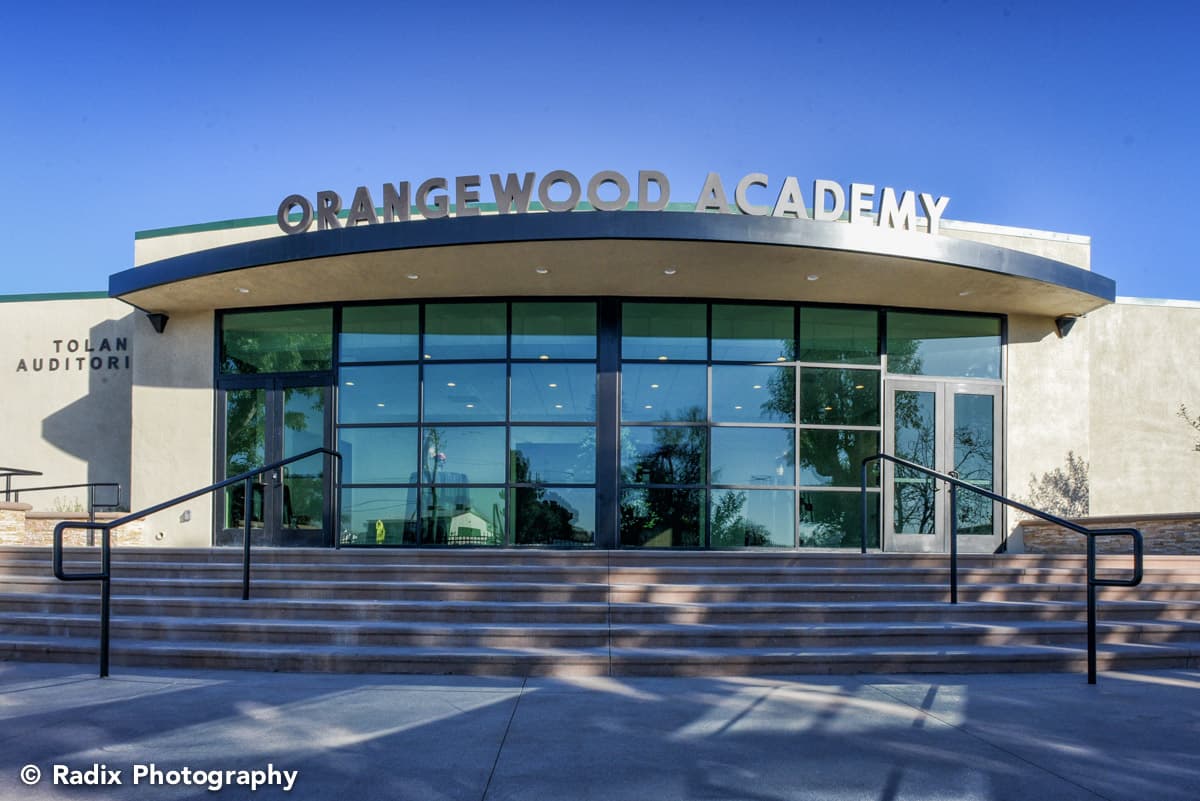 Orangewood Academy is a special place. We are a, WASC accredited, Christian college preparatory school serving students from preschool through 12th Grade since 1956 in the heart of Orange County, California.

We are part of the worldwide Seventh-day Adventist educational system; the largest private, parochial, centrally organized school system in the world. It serves in almost every country around the globe through its primary schools, secondary institutions, colleges, and universities.

“To provide an education that fosters purity of heart, develops clarity of mind, nurtures integrity of purpose, and stimulates intensity of mission in every student.”

Orangewood Academy is committed to providing an education that addresses the four essential facets of true education. Our teaching is supported by four educational tenets–

Each student will identify and demonstrate components of a Christian lifestyle including moral and ethical behavior based on grace-oriented biblical principles.

Each student will demonstrate fitness, self-control, teamwork, and honesty by modeling respect, courtesy, and consideration.

Each student will recognize membership in the world community and the inherent ability to positively impact society and the environment.

Orangewood Academy admits students of any race, color, or national origin to all the rights, privileges, programs, and activities generally accorded or made available to students at the school. Orangewood Academy does not discriminate on the basis of race, color, national and ethnic origin in the administration of its educational policies, admissions policies, scholarship, local programs, and other school-administered programs.

At Orangewood Academy, we strive to make our education Christ-centered and based on Biblical principles gleaned from a Christian worldview and an Adventist heritage.

Our education is founded on these four goals: spirituality, scholarship, sportsmanship, and service. We desire to educate our students for a higher purpose and to ultimately produce citizens who will positively impact their family, community, society, and the world. Our teachers endeavor to instill in each student the qualities of respect, responsibility, courtesy, and grace in all situations and towards all people. We believe that it is our primary purpose to guide every student into a personal relationship with Jesus Christ as we awaken in them a love for learning and the joy of discovery.

Orangewood Academy traces its history back to Centralia, where the local Adventist Church established what is believed to be the first Seventh-day Adventist church school in the State of California. The church school was established in 1896 under the visionary leadership of Mr. Milton Henry Shirley who served as an elder in his local church. A native of the Dakotas, he came to California in 1881 and joined the Adventist Church. The first teacher, by the name Carrie Hacker, was hired in 1896. She remained at her post for only one year. Alma McKibbin was hired as the second teacher for the small, unfinished one-room school, located in the back of the Centralia SDA Church. The entire student body consisted of about 30 students spread over nine grades. Classes ran from 8:00 a.m. to 5:00 p.m., or even later. All classes were taught without books. The teacher wrote the lessons on the blackboard.

In 1944 the Centralia School joined forces with a church school run by the Santa Ana SDA Church, which had been in operation since 1910. Under the leadership of Wilton O. Baldwin, Superintendent of Schools for the Southeastern California Conference of of Seventh-day Adventists, the first Adventist union school in Orange County was established on Valencia Drive in Fullerton. It became known as the Valencia Junior Academy. It operated as a junior academy until 1956.

Early in 1950 ten acres of land were purchased at 13732 Clinton Avenue, in Garden Grove, in the heart of north Orange County. This became the new site for an enlarged junior academy. The new school opened in 1956 with 243 students spread over 10 grades. It provided a complete teaching staff, including an excellent music department. By 1959, the school counted on the support of 16 churches through Orange County, with a combined membership of approximately 6,300.

In 1961 the school expanded to include 11th and 12th grades. The plans drawn up by Lester Park became reality. The high school moved into the new buildings and the elementary school occupied the junior academy campus. In September 1961, Orangewood Academy became a full-fledged senior academy with an enrollment of 115. It graduated its first class of 23 in 1962.

Since 1967 the school has added a full gymnasium, a 600 seat auditorium, more classrooms, locker rooms, shower facilities, a maintenance shop, and a preschool.

Plans are progressing towards a new and refurbished campus. The vision launched in the 19th century continues now as we approach the second decade of the 21st century.